I decided that in order for me to improve my Greek language skills it was time to get in some writing practice but also that it needed to be targeted and not just random words so I  chose simple words and there negatives to see how they changed. I also looked at aught words and words that show size increase or decrease. 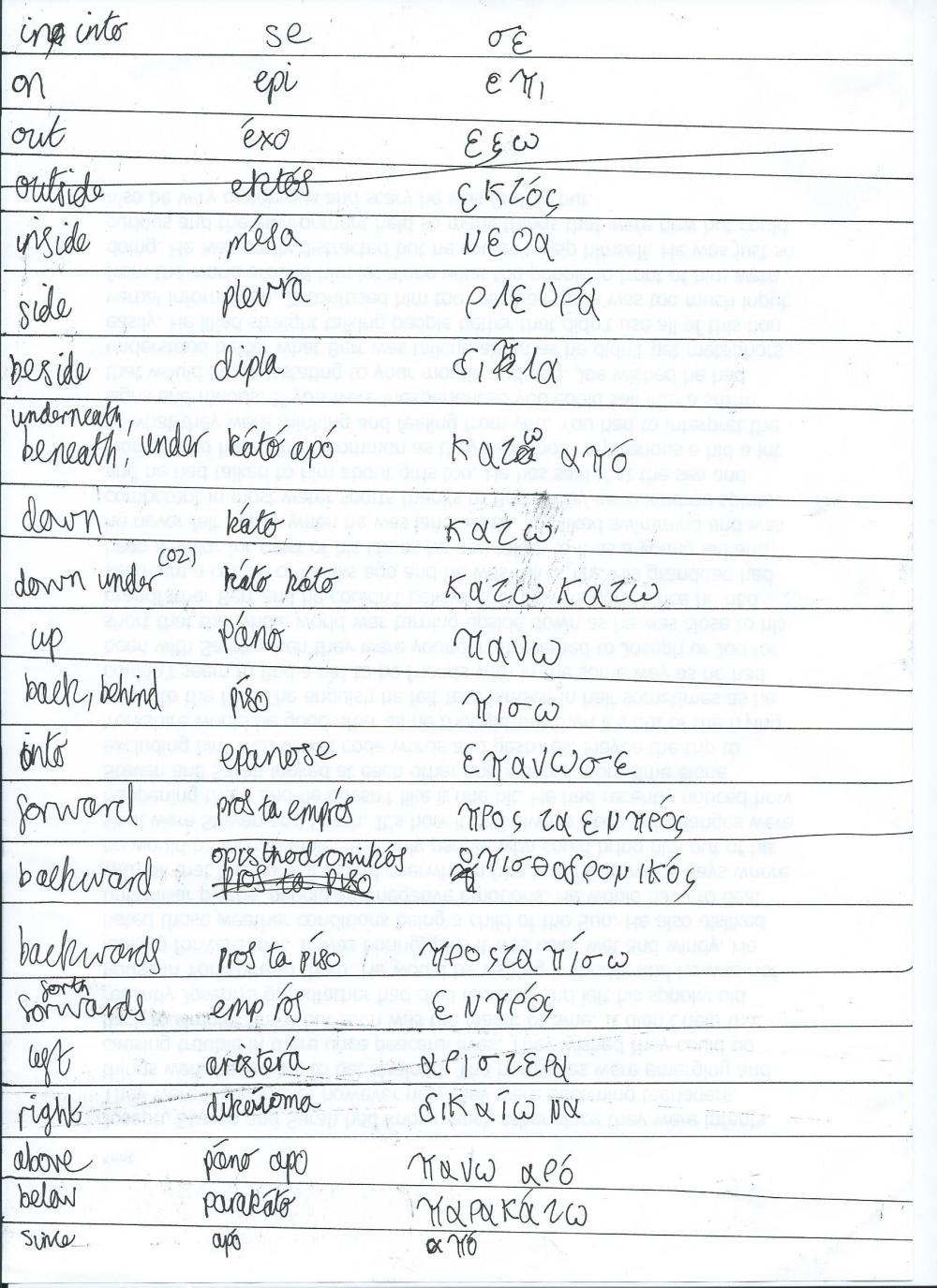 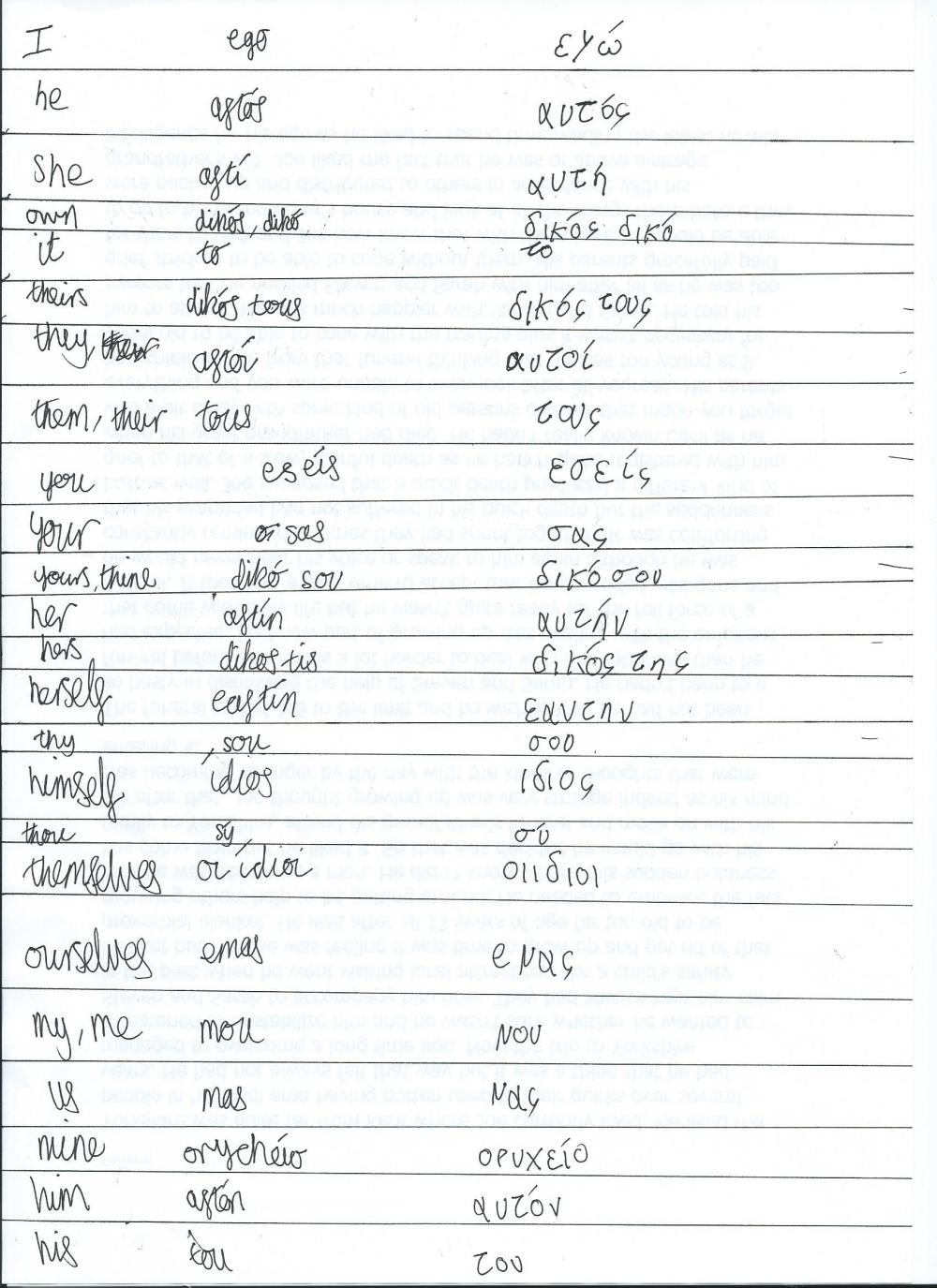 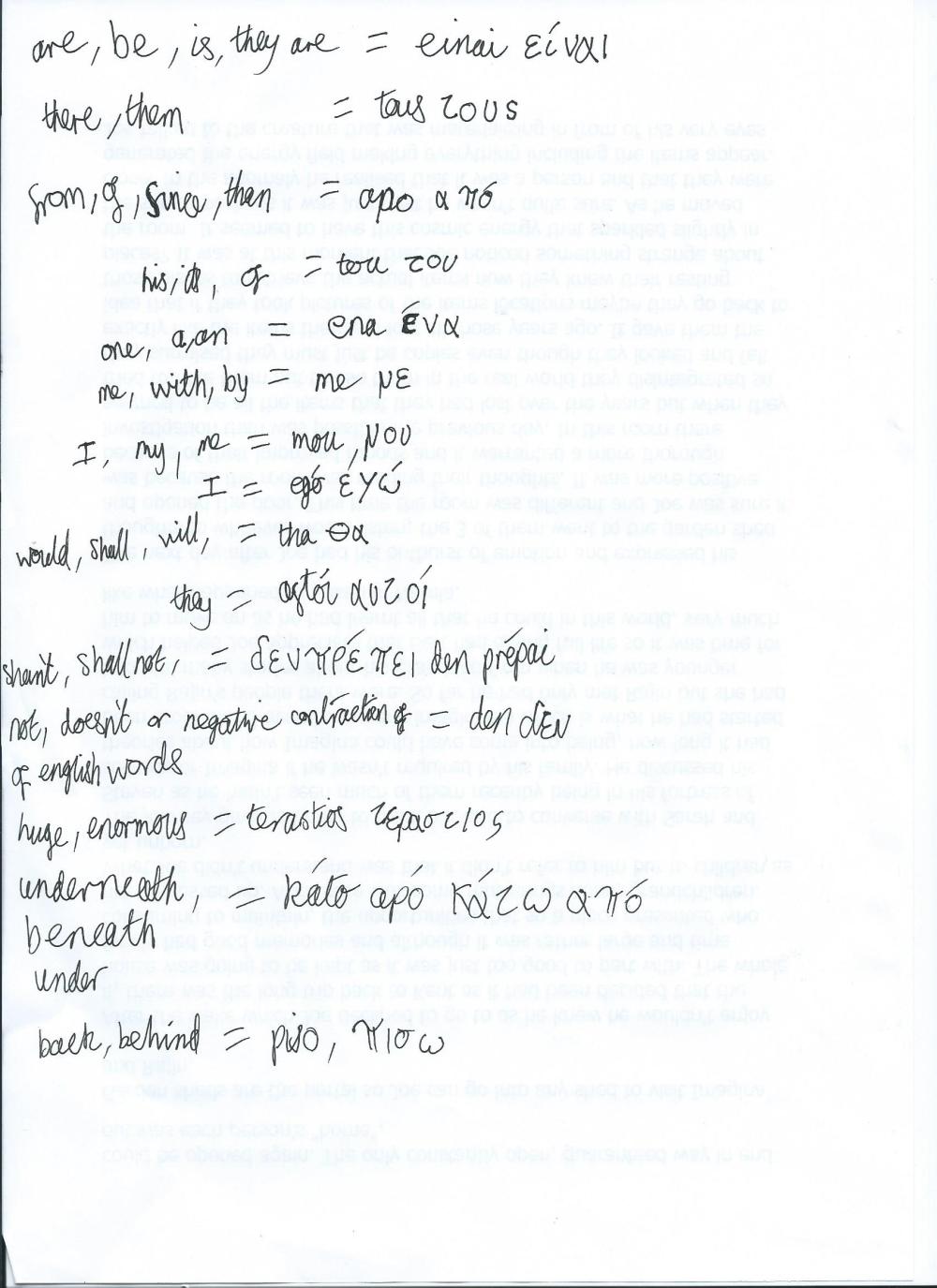 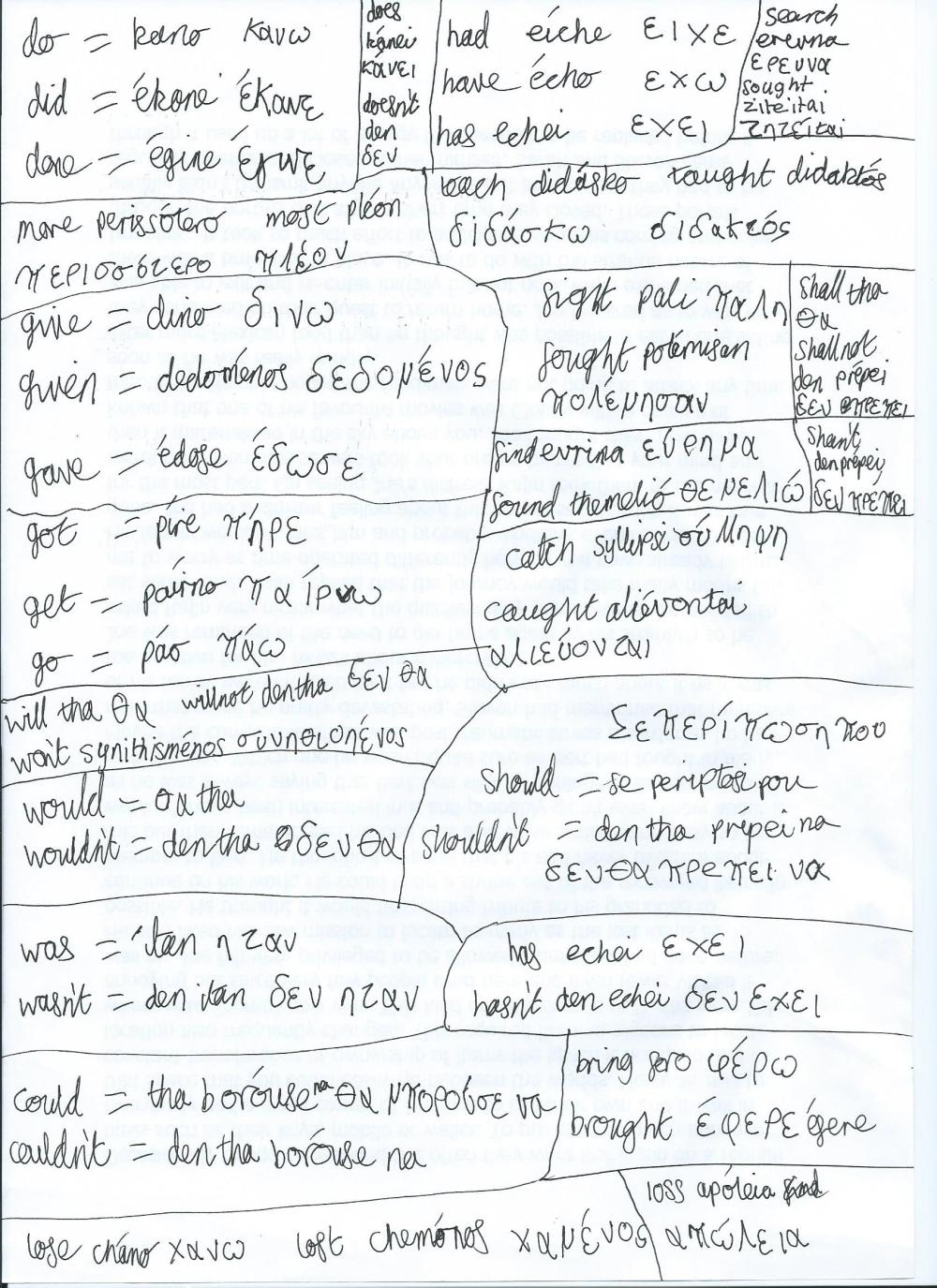 I came across some interesting items while examining the grammatical structure of the Greek language like you have male words, female words and when in a group there male so I commented to my husband that in grammatical terms men are superior so he thinks his grammar is now better than mine.

Also the contractions that are present in English that make words smaller like will not becomes won’t is actually a much longer and completely different word in Greek συνιτηισμενοσ (synithmenos). Will and will not are however quite logical being tha θα (will) and den tha δεν θα (will not). This also seems to hold for words like forward pros ta empros and forwards empros too as I can’t figure this out yet. One of the strangest so far is back piso πισο, backward opisthodromikos οπισθοδρομικοσ???? and backwards prose ta piso προσ τα πισο.

I have come across some amusing things like kato kato κατο κατο which can translate as down under meaning Αustralia to most English people but I don’t think Greek people use this to mean Oz, at least I haven’t heard it mentioned so far.

To change a word like was to was not is simple as you just preface it with not so itan ιταν becomes den itan δεν ιταν and this works for most simplistic words as I have so far found using Google Translate. There is of course room for error here and I’m open to being corrected.

Some words are however the same like shall tha θα turning into shall not den prepei δεν πρεπει or shan’t den prepei δεω πρεπει is the same but we don’t tend to say shan’t unless we are a petulant teenager that can’t get our way and our linguistic abilities are undergoing a dramatic flux as we are transitioning from correct more formal english to youth English which is far more informal with new words being dreamt up all the time to separate us from our parents. Which also explains why you could say thou sy συ, thy sou σου and thine diko sou δικο σου in Greek but why would you want to unless you were referring to a text from the 18th century?

Also you come across words like will and shall which to us are different while meaning the the same but Greek has amalgamated them or rather we have separated them out into different terms. However I don’t understand why the past tense is so different here so maybe they got half way and decided it was better to change them after all?

The one I’m not sure about when I looked it up is catch and caught as they don’t seem to follow the rules that the others follow and I can’t see any correlation here. syllipsi συλλιπσι and alievontai αλιεωονται.

I am aware that not having accents on the letters in question may completely change their meaning but although I have various Greek keyboards installed on my computer I’m not quite sure how you get it to show the accented as well as unaccented letters hence I have tried to be as clear as possible here by showing the English, Greek in Latin and Greek in Greek language as well as the context for using a particular word and spelling.

Working Together To Change The World #ActuallyAutistic

The World according to Dina

Notes on Seeing, Reading & Writing, Living & Loving in The North

I intend to use this blog as a platform to share my story and be the resource I was searching for during my own diagnosis. I hope that my posts will be relatable to those also on the spectrum and provide neurotypicals with an inside eye on life with Autism.

( A critical look at religion, literature, music, philosophy, science, society, politics and whatever )

The Truth Has Never Been Clearer

We can do anything we want if we do it together! #ActuallyAutistic

A digital journal and gallery to document my journey as I improve at art.

Balkans, Travel and Beyond!

come and take a journey with me, wherever that may be